My child is desperate for friends. What’s the best way she can make them? She feels so isolated.

AuKids: We’ve often been asked about friendships and we’ve tried to tackle the issue in a number of different ways. This time, though, we asked those who had faced the same battles when they were younger.

Bianca: “I believe that the best way to make friends as an autistic is through special interests. At least, that’s how I did it. When I was younger, I was Disneyland obsessed. I joined a message board and was on there almost every day. On the board, people wrote trip reports and discussed new and existing rides. I don’t think I met any of those people in real life, but I also had a blog on which I posted my adventures, and through that I met my ex-boyfriend. (Come to think about it, I also met the boyfriend after that on the blog platform, even though he wasn’t in the themepark scene and wrote about repaying his debts, mostly.)

A few years after my themepark obsession began, I got into being an extra in TV shows and commercials, and I started photographing people. Mainly other extras, who needed photos to submit to potential jobs. By the way, being an extra was great: every social scene all of a sudden had a script!

Photography brought me a lot of friends. Ruud, basically my mentor, is an older photographer who I met because I wrote something nice about his work on a message board, after which he invited me for a shoot. I met my friend Maan through him: she modelled and Ruud thought it would be great if we’d create something together. After working with Maan two or three times, she invited me to visit her in Tokyo. So I did.

My friend Hannah and I met because I photographed her school project. She’s a stylist for Vogue now, and we don’t actually work together anymore – although I do manage her website. My friend Aafke and I were introduced to each other on Twitter because we tweeted the same snarky comments about a crappy TV show. “You two must like each other,” people said. We decided to find out over a cup of tea, and yeah, they were right. My friend Charlotte is a make-up artist who Maan once brought along. She visited me in Tokyo a few years later.

I think the most important thing in making friends is to trust your gut feeling. When I started my photography career, I had to figure out who liked me, and who just wanted free pics. But after a few hard lessons, I can say I made some friends for life, even though I rarely take pictures anymore. But ‘that’s how you know we’re true friends,’ Hannah said.” 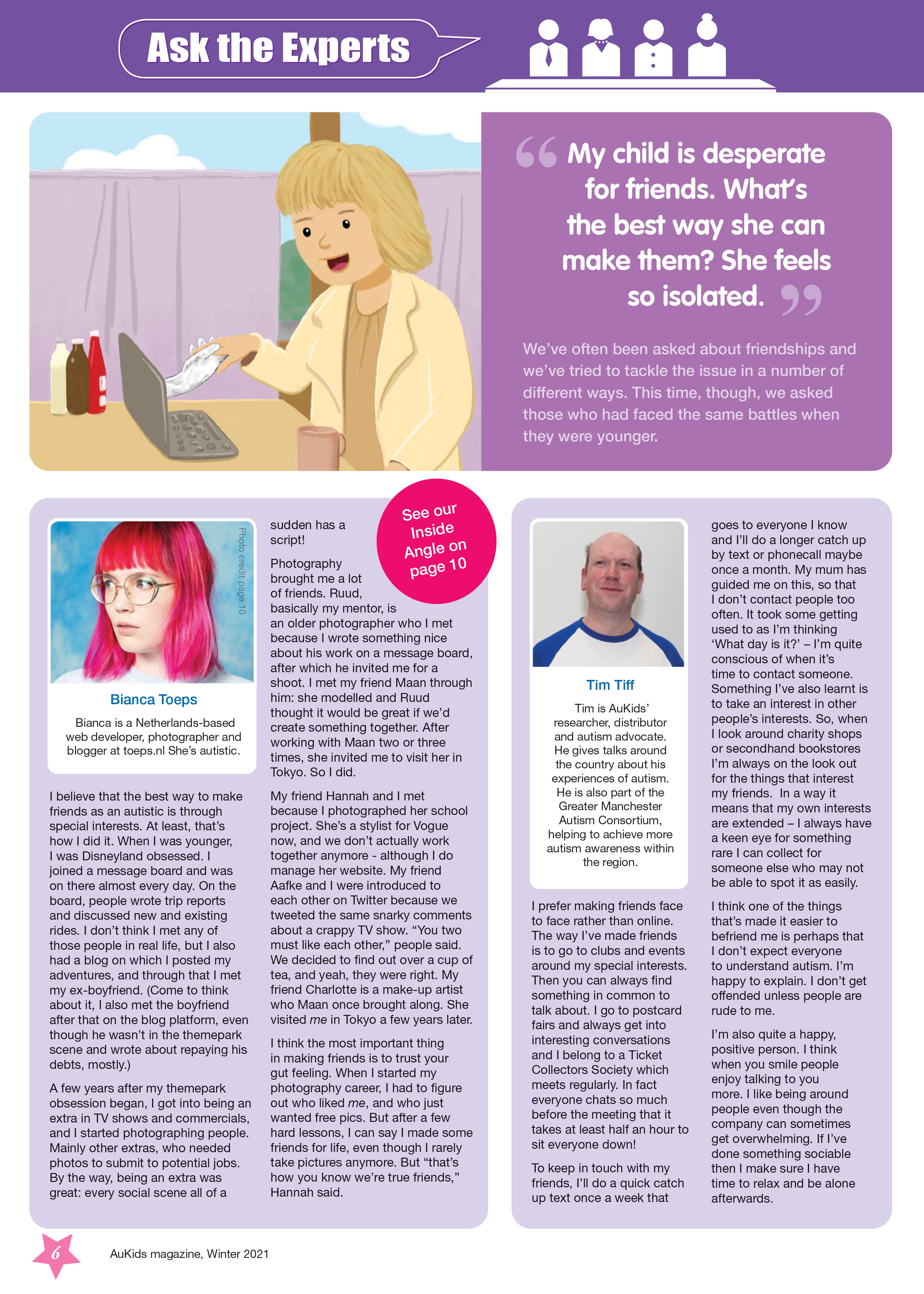